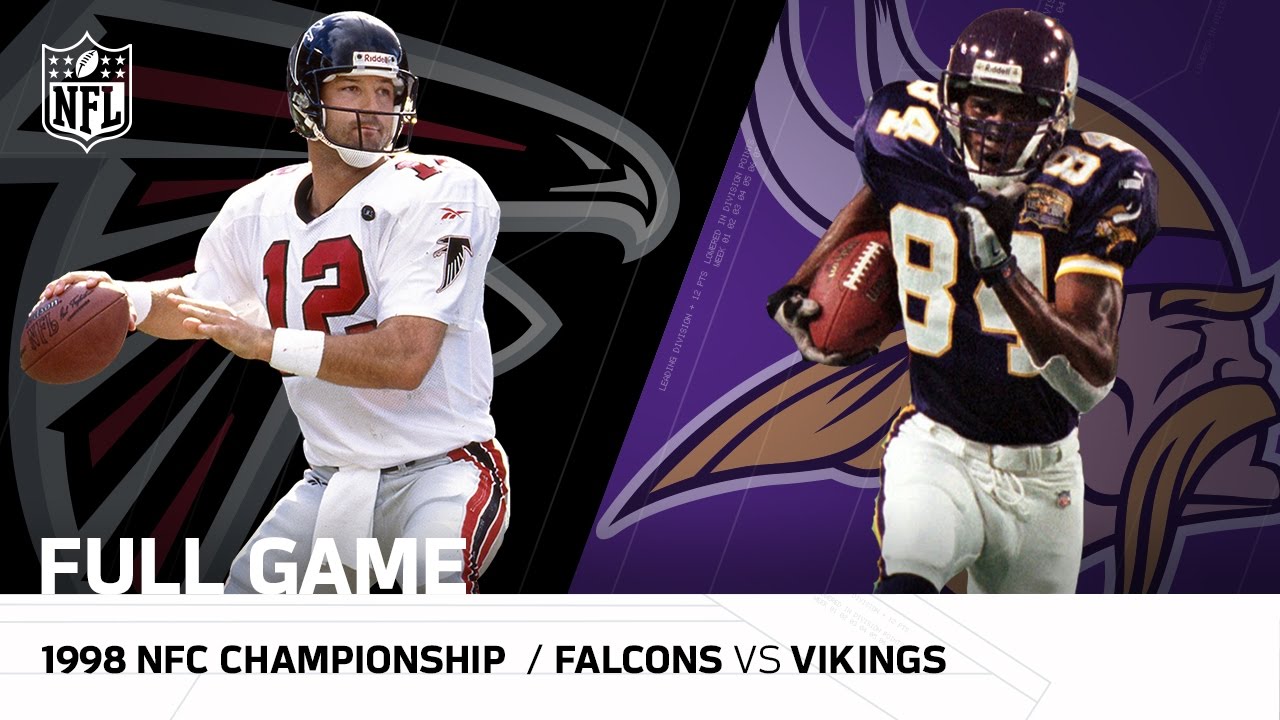 The NFL presents the 1998 NFC Championship Game between the Atlanta Falcons & Minnesota Vikings!

Before the 1998 season, the Atlanta Falcons had only made the playoffs twice and never been to the NFC championship. During the 1998 season Atlanta won a franchise best 14 regular season games and advanced to the NFC championship to play the favorite 15-1 Minnesota Vikings. It looked bleak for the underdog Falcons, as they trailed 27-20 with four minutes to play and Gary Anderson about to kick a field goal, essentially icing the game. But he would miss the field goal and the Falcons would capitalize, scoring a touchdown to tie, then kicking the game winning field goal in OT to go to Super Bowl XXXIII.

Subscribe to the NFL YouTube channel to see immediate in-game highlights from your favorite teams and players, daily fantasy football updates, all your favorite NFL Network podcasts, and more!

For all things NFL, visit the league’s official website at