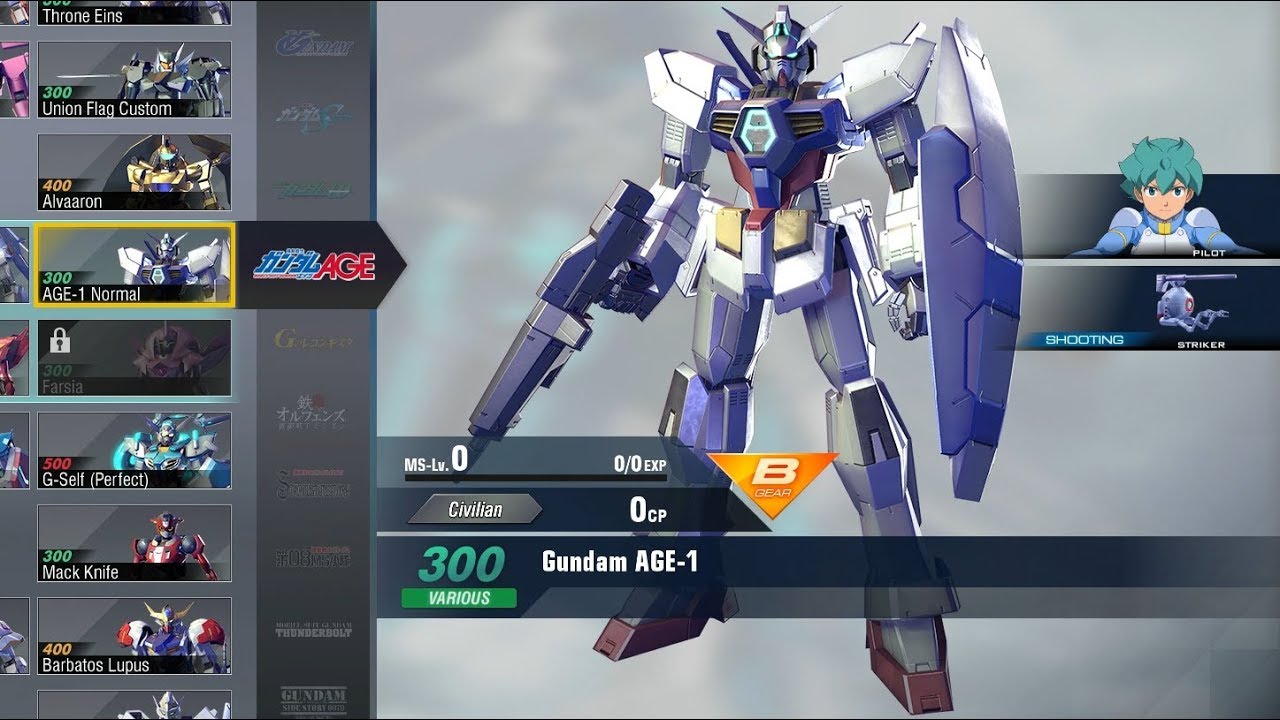 The Gundam AGE-1 consists of three separate modes, so keep an eye out for AGE-1 Spallow and Titus soon! The Normal Mode consists of some pretty basic combos but they offer chaining opportunities at the very least. The other modes have fancier combos, but they’re not worth the time for the most part since the animations are so long. Overall, it’s a relatively quick suit that is hampered by clunky animations.

Shadow of the Colossus:

Batman: The Enemy Within: