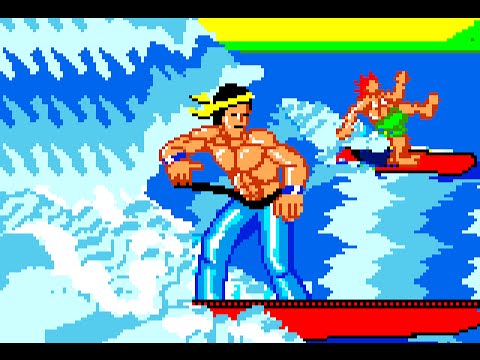 A playthrough of Sega’s 1993 Sega Game platformer based on the movie of the same name, Surf Ninjas.

I remember wanting to play this SOOOOO badly when I first saw the photos in GamePro. It was super bright and colorful, and even though the review said meh, I thought that it looked awesome for a handheld game. Years later I finally got to play it, and it did look good for a handheld game, and the game play was just as meh as GamePro said that it would be. Oh well, shattered childhood dreams about how much better those with color handhelds had it aside, this is still pretty neat. If for no other reason, it screams early/mid-90s in a way that few other games can claim.
_______
No cheats were used during the recording of this video.

NintendoComplete ( punches you in the face with in-depth reviews, screenshot archives, and music from classic 8-bit NES games!

Visit for the latest updates!